When music is pure emotion

“Caruso is not just a singer, he is not just a voice, he is a real miracle. There will be no-one like Caruso in the next two or three centuries - and maybe never.” That’s what the music critic Thomas Burke wrote in a review about “La Bohème”, sung by Caruso at Covent Garden in London in 1905, when the singer played the role of Rodolfo. 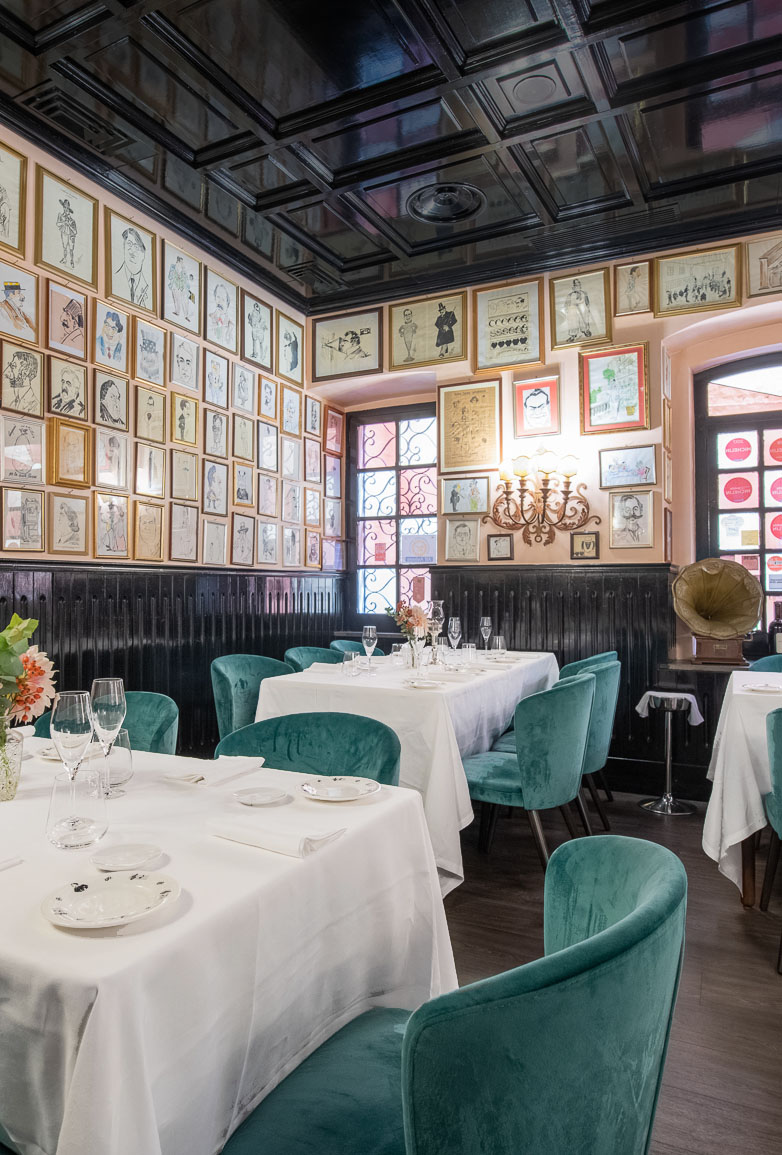 History of the museum

Paolo Esposito is renowned in Sorrento for his culinary expertise and his passion for the music of the famous tenor, Enrico Caruso.

As the owner of the restaurant since 1987, he has dedicated it to “Caruso” to combine the name of the tenor with that of good Neapolitan and international cuisine. In 1998 Paolo Esposito had the opportunity of meeting the famous researcher and biographer of Caruso, Guido D’Onofrio from Foggia, a dear friend of Caruso’s son, Enrico Junior. Guido D’Onofrio had also worked together with him to write the biography “My Father and my Family”, published in 1990 in the USA.

Esposito and D’Onofrio quickly became friends and both decided to create a small museum in the restaurant dedicated to Caruso. Thanks to the donation of several items by Guido D’Onofrio the restaurant is now named “Ristorante Museo Caruso” and is a place of interest for many enthusiastic fans of the greatest operatic singer of all time.

It was not just by chance that in 1905 the English music critic Thomas Burke in a review about “La Bohème”wrote, “Caruso is not just a singer, he is not just a voice, he is a real miracle. There will be no-one like Caruso in the next two or three centuries - and maybe never.” The performance took place at Covent Garden in London, when Caruso played the role of Rodolfo.

Later in 1973, on the anniversary of the birth of the great tenor, the former Italian President of the Republic, Giovanni Leone, wrote: “Caruso was not just the greatest operatic voice of his time; he sparked interest, universal enthusiasm and emotion. He has become the symbol of the great desire of Southern Italians to express their intelligence, industriousness and artistic inspiration”. These beautiful words summarise the “Caruso phenomenon”, something which has never happened since and probably never will. During the eighty years since his death the legend might have diminished but it hasn’t. 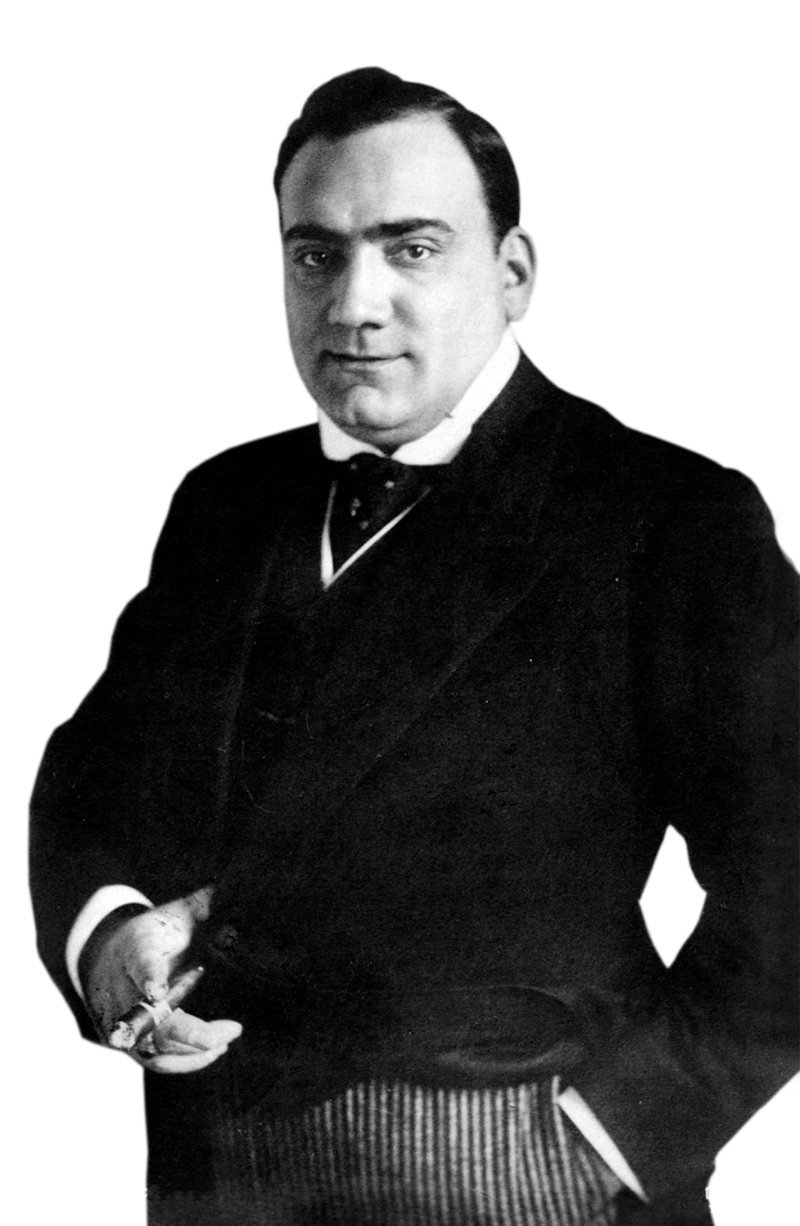 Enrico Caruso was born in Naples on 25 February 1873 to Marcellino Caruso and Anna Baldini from Piedimonte d’Alife in the province of Caserta. His parents were ordinary and poor; his father was a mechanic, working for the repair shop Meuricoffre. Enrico also became a mechanic. He started as an apprentice in the foundry of Salvatore De Luca in the Arenaccia district. After a short time he left this job to work with the company Palmieri, a manufacturer of iron fountains.

He was the third of seven children (not the eighteenth of twenty one, as rumours went but were refuted after research by the Caruso expert, Guido D’Onofrio of Foggia). A talented young man with a well rounded, strong voice, he took singing lessons with the teacher Guglielmo Vergine from Naples. He improved very quickly so that at the age of twenty two he was booked for the first time and made his debut at the Teatro Nuovo of Naples on 15 March 1895 in the opera “L’amico Francesco” (Friend Francesco) by Domenico Morelli.

After that he was booked in many other important theatres like that of Caserta and Salerno, before performing at the most famous ones.

The incredible career of the tenor started on 17 November 1898, when Caruso was selected by the tutor Umberto Giordano. He interpreted the first Loris in the opera “Fedora” at the theatre Lirico in Milan. The audience and critics were so enthusiastic about his performance that an important daily newspaper from Milan wrote the headline: “Caruso cantò la Fedora e la fè..d’oro”, which is a play on words in Italian for “Caruso sang the Fedora and made it golden”.

From that moment he became famous and appeared all over the world, earning up to ten thousand lira per performance!

His tragic return and leaving of Naples

The young and famous Enrico Caruso decided in December 1901 to perform in the glorious theatre San Carlo of Naples, convinced he would be acclaimed and welcomed in the best way possible. He had already performed on the world’s best and most prestigious stages, like La Scala of Milan and in theatres of South America and the United States.

At that time the undisputed idol of the San Carlo theatre was Fernando De Lucia, whose friends, after hearing Caruso’s rendition of “Elisir D’amore” (The Elixir of Love) by Donizetti, criticised the way Caruso sang it.

This stinging criticism hurt Caruso so much that he swore “never to come back to Naples to sing again”.

He said, “I’ll come back to Naples only to see my dear mum and to eat spaghetti with clams!”.

He kept his word for the rest of his life!

In spite of all this criticism, Caruso dearly loved his home town, which is why he often used to say, “If you could just open your heart to me, you would find only one name written there - Naples”.

Caruso made his debut at the Metropolitan of New York during the inauguration of the season 1903-1904 in Rigoletto. That night the audience went mad with enthusiasm – shouting, stamping their feet and requesting an encore.

Caruso sang at the Metropolitan until 1920 in 607 performances. He was considered the most successful tenor in the history of this theatre: even though his payment was extremely high, his performances were always sold out and the audience would have paid anything to see him. This led to incredible box-office takings.

Enrico Caruso was an artist almost from birth. If he hadn’t become a famous singer he could have been a magnificent draftsman, and he was very good at caricatures.

In 1918 he married Dorothy Benjamin, a rich American girl. The following year they had Gloria, his third child, after Rodolfo and Enrico Jr., who were born from his previous marriage with Ada Giacchetti.

Their happiness lasted a short time. He developed a terrible lung disease, and on 24 December 1920 left the stage after a very difficult performance of “Ebrea” at the Metropolitan. Just a few hours beforehand, his manager Gatti-Casazza advised Enrico not to sing as he had very bad pain on his left side, but it was his 670th recital in that theatre and he thought it could not be postponed! “Owner, I will sing”, he answered, jokingly. In June 1921 he arrived back in Italy, sensing he wouldn’t have long to live. He decided to spend the last days of his life in Sorrento, in a suite of the historical Hotel Excelsior Vittoria.

He died in the morning of 2 August in the Hotel Vesuvio of Naples.